Over five years in the making Radical Lambeth is finally finished and available to buy! Click here to order your copy direct from the publisher

In the 1980s Lambeth was synonymous with rebel Labour councillors, it was a borough which featured regularly in national newspaper headlines for its protests, its squatting, and its resistance to and defiance of central government. From the Town Hall to the front line of Railton Road it confronted racism in the police, the Poll Tax, the Gulf War, and the nascent Thatcherism of the Conservative government. It was a site of overlapping resistance from trade unionists, black residents, the LGBTQ community, and other local people.

Condemned in the press as a ‘loony left’ borough, Lambeth was at the heart of the struggle against the Conservative agenda in the capital. This was a fight for municipal socialism, for solidarity with causes both at home and abroad, and against the crisis of inner city urban life in a decade dominated by greed is good capitalism at the expense of working people.

Based on first-hand accounts of those involved, this book tells the story of Radical Lambeth, an inner London community that fought back.

‘Lambeth was once the citadel of the municipal left, its baroque Town Hall in Brixton a bastion of proud, creative, multicultural socialism. This exceptionally timely book finds how a New Left took power here, how it faced the problem of ‘socialism in one borough’, and how it was gradually worn down by inertia from within and repression from without. It’s a great story, brilliantly told by Simon Hannah, and an exemplar, both positive and negative, that a new generation of London socialists could learn a great deal from.’ Owen Hatherley, author of Red Metropolis and culture editor of Tribune

‘This book is a welcome challenge to the longstanding myths and lies about Lambeth in the 1980s.’ Joan Twelves, former Lambeth Council leader 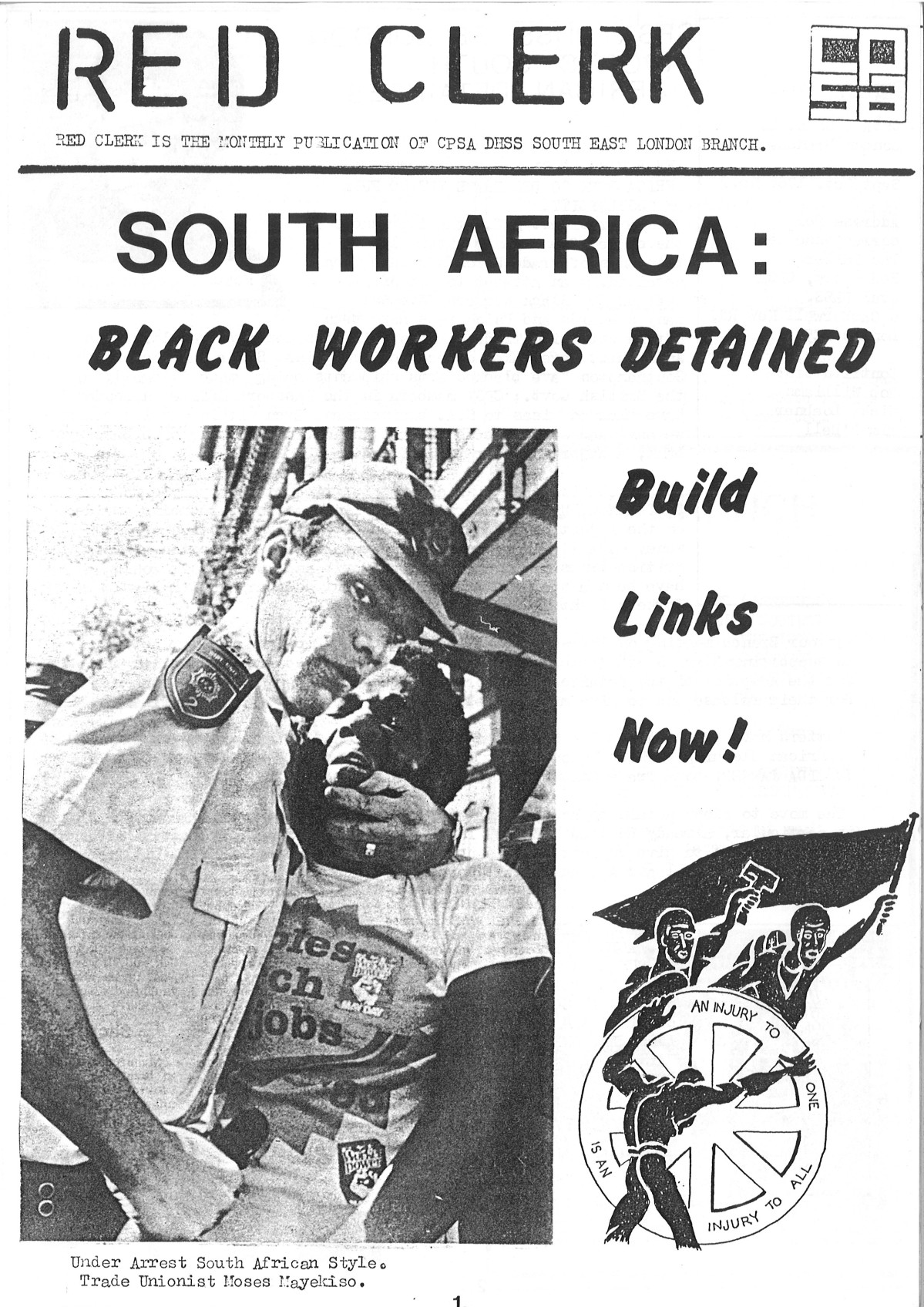 These are some copies of Red Clerk, a rank and file magazine for Civil and Public Services Association (CPSA) activists that was based out of the Brixton/Oval job centres.

END_OF_DOCUMENT_TOKEN_TO_BE_REPLACED

Speech from John McDonnell on the GLC, Thatcherism and local government in the 1980s

Just after the 31 Labour councillors were surcharged and disbarred from office, the local Labour Party stood on a manifesto pledging “more homes and jobs”.

The manifesto was discussed and agreed by a series of working groups, open to all local Labour Party members who produced drafts before they were sent to the Local Government Committee for agreement. This was in stark contrast to the 1990 election manifesto which was imposed on Lambeth by Labour HQ in Walworth road.

Still defiant after the previous Labour council was crushed in the courts, Labour declared; “Labour realises that our policies may be deemed illegal by some. So be it! Since 1979 the Tory Government has had many of its actions declared illegal. by the courts, Locally they tried to shut down tbe Health Authority. When that was declared illegal, they changed the law. Their social security rules for bed and
breakfast were declared illegal, €e they changed the law. They expect us to break laws which demand decent housing and social services in order to fit their spending cuts laws. If we are faced with a choice between Tory demands to cut our services for local people and sack workers, or stand with local people demanding better provision, we will stand with the the people.”

It pledged that local people would be voting for: “keeping the necessary staff to ensure no cuts in services
no redundancies, the continuation of recruitment and no privatisation of council services”, “Resisting hotels and luxury housing on riverside sites at the detriment of the existing community. Defending the rights of local people against property speculators and ensure democratic control of planning” and “democratic control of the police”.

Video from The London Programme, made on the eve of the Lambeth councillors verdict in the High Court where they were surcharged.